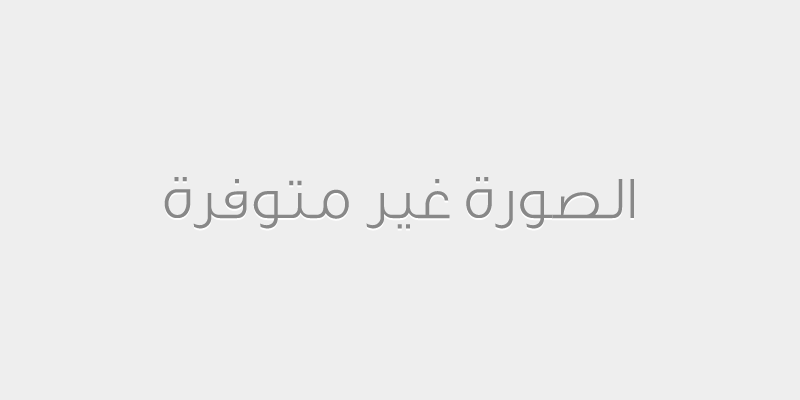 The NBA provides highlights to Dapper Labs, which mints the moments into tokens before they are serialized, placed into limited-edition digital packs, and sold, initially, from anywhere between $9 and $999.

Collectors typically get email alerts about new product eight hours or so before it drops, but demand is currently so high that the packs are usually snatched up quickly, like prized concert passes on Ticketmaster.

The other option for collectors is the peer-to-peer marketplace, where prices of the moments can soar based on any number of factors, such as a player’s popularity or the scarcity of the token. Like other collectibles, lower serial numbers can add value to a Top Shot moment, but the tokens’ price can also be buoyed if the corresponding serial number matches the player’s jersey number.

At the time of the Top Shot launch, Dapper Labs chief executive officer Roham Gharegozlou (pictured) described the concept as a ‘revolutionary new experience in which jaw-dropping plays and unforgettable highlights become collectibles that you can own forever’

Not all of the price variations are so easily explained.

A highlight of Toronto Raptors guard Fred VanVleet sinking a three-pointer was sold for $19 on April 14 to one collector who re-sold it to another for $140,190 just three hours later, according to Top Shots’ records. There is no apparent explanation for the rise in price, and the current owner declined to respond to DailyMail.com’s inquiries about the 737,742.1 percent markup.

Some less obvious examples include a pair of James tokens that shot up from $249 and $225, respectively, to $54,321 and $28,499 within a couple of months. However, one could argue that the Lakers superstar’s notoriety and the rising popularity of NBA Top Shot played a factor in those surging prices.

Golden State Warriors forward Eric Paschall is not a household name, but one of his moments still managed to sell for $10,995 in March.

What’s particularly odd is that tokens of that same moment are now being sold for $5 despite the fact that they have lower serial numbers — a fact that should make them more valuable.

And even more puzzling is the fact that the ‘collector’ who paid nearly $11,000 for the Paschall token has only one other moment: an $8 highlight of Atlanta Hawks forward De’Andre Hunter making a layup.

To be clear, these baffling transactions are not proof of any fraud or gamification of the market, which are both major concerns for financial institutions. But according to Stark, these sales necessitate further scrutiny because of the potential for money laundering and other crimes.

‘Why would someone be willing to pay so much more?’ Stark continued. ‘The answer is most likely money laundering because you’re moving money in a way to wash it between transactions or you’re attempting to manipulate the price so that you can work those transactions.’

A highlight of Raptors guard Fred VanVleet sinking a three-pointer was sold for $19 on April 14 to one collector who re-sold it to another for $140,190 less than three hours later, according to Top Shots’ records. There is no apparent explanation for the rise in price, and the current owner declined to respond to DailyMail.com’s inquiries about the 737,742.1 percent markup

One LeBron James token was sold for $54,321 just two months after it went for $249 on the NBA Top Shot platform

Another James moment sold for $28,499 two months after going for just $225. However, one could argue that the Lakers superstar’s notoriety and the rising popularity of NBA Top Shot played a factor in those surging prices. To be clear, these baffling transactions are not proof of any fraud or gamification of the market, which are both major concerns for financial institutions. But according to Stark, these kinds of transactions necessitate further scrutiny because of the potential for money laundering and other crimes

Money laundering, while unfamiliar to most, is pretty easy to understand: dirty assets become clean by channeling them through another party, thereby concealing their nefarious origin. What launderers need is an opaque marketplace where their money can be integrated with clean funds without too much oversight.

Government regulators like the SEC monitor major financial markets for suspicious patterns, so institutions such as the New York Stock Exchange are less than ideal.

Conversely, unregulated NFTs vary wildly in price, so it can be hard to differentiate between an innocent transaction of a tokenized Bradley Beal dunk and, say, an illegal arms deal.

‘If you’re a money transmitter, like a Western Union office, and you’re making those kinds of transactions, you have very hefty registration and auditing requirements,’ Stark said. ‘I think the NBA is exposing itself. I think it’s inadvertent. There’s not evidence [otherwise], but I am very disappointed.’

John Reed Stark, a former chief at the Security and Exchange Commission’s Office of Internet Enforcement, told DailyMail.com that Top Shot is effectively an unregulated financial market that creates the opportunity for fraud

Dapper Labs, the NBA, and the players’ union split a 5 percent cut of all sales on Top Shot’s peer-to-peer marketplace, a source confirmed to DailyMail.com. And as Stark explained, that presents a conflict of interest because the NBA and Dapper Labs have less incentive to ‘do [anti-money laundering] work’ or ‘self policing.’

That NBA Top Shot allows users to pay with credit cards — something that is discouraged in mainstream financial markets — only creates more risks for hobbyists, who could potentially be left with a mountain of debt and a collection of worthless tokens. (NFT prices outside of NBA Top Shot have been slumping this spring, according to multiple reports)

‘There’s a lot of self interest here,’ Stark said. ‘The more you trade, the more you buy, the more money the NBA makes. That is a huge conflict of interest.’

The NBA referred questions about suspicious transactions to a Dapper Labs spokesperson, who told DailyMail.com that the company does not comment on specific actions by user accounts.

Unlike some NFT vendors, Dapper Labs is not entirely negligent about fraud, and the company has instituted withdrawal protocols in order to prevent such crimes.

The problem, as many Top Shot collectors have discovered, is that the safety measures have made the withdrawal process egregiously long and exceedingly complicated.

As Dapper Labs explained in a blogpost, the delays are somewhat purposeful, although they admit that staffing shortages have also been a factor. (The company recently raised $305 million from investors, including the likes of Kevin Durant and Michael Jordan, to expedite the withdrawal process)

For starters, before collectors can make a withdrawal, they are required to submit a photo of their driver’s license and a social security number. Furthermore, their accounts must be in place for 45 to 60 days before a withdrawal can be made. As Dapper Labs explained in its blogpost, this precaution is necessary to prevent fraudulent credit card chargebacks, in which bad actors reverse payments on their cards after tokens had been exchanged.

‘Allowing people from around the world to use credit cards in the crypto space opens doors for NFTs in the future but also provides avenues for abuse,’ the company admitted in its Furthermore, there are $25 fees for withdrawals, which are all capped, starting at $1,000.

This collector is complaining that his withdrawal never went through, but he was still charged the $25 withdrawal fee

In addition to $25 withdrawal fees, collectors could also be charged for resetting their passwords if they get locked out

And even when collectors are approved, withdrawal times still vary wildly.

One satisfied customer, Thomas Brose, provided records to DailyMail.com showing that his Top Shot withdrawals all took less than three days to process.

But other collectors haven’t been so fortunate, with some waiting between 21 and 40 days for withdrawals, or even longer.

And then there are the likes of Matthew Morgan and Sean Kelly, two investors who say they pooled their money into NBA Top Shot, only to be frozen out of their joint account as their potential $100,000 profit was wiped out by the declining value of their tokens.

Kelly and Morgan say they repeatedly reached out Dapper Labs, but only received infrequent responses from the company, and they’re still unable to withdraw their funds.

Now they’re planning legal action against Dapper Labs, and they may not be alone.

‘I got a lot of buddies who got in at the same time, and we’re all out tons of money,’ Kelly told DailyMail.com. ‘I get texts from people every day who still can’t withdraw.’

According to Kelly and Morgan, Dapper Labs’s withdrawal protocols really serve the purpose of preventing a market collapse, like the one CryptoKitties endured in 2018.

‘They knew that if they would have just opened it up [and allowed withdrawals], the whole company would have went under because everyone would have pulled out their capital [from NBA Top Shot],’ Morgan said.

‘They didn’t let you pull out your own money, and they held everybody hostage. And we’re still unable to get the money out months later. The value just keeps decreasing. So what, it ends up at zero? We would have pulled out a long time ago if they had given us an option.’

What’s particularly unfair, Morgan continued, is that collectors can easily use their credit card to buy moments while simultaneously being denied the chance to sell those tokens: ‘They’re giving you the easy access to get in, and then no way to get out.’

A Dapper Labs spokesperson told DailyMail.com that the company is aware of Morgan and Kelly’s complaint, but declined to comment further.

According to Stark, NBA Top Shot’s efforts to stamp out fraud are a good start, but more needs to be done during signup. Currently Top Shot collectors only need to go through a two-factor authentication process requiring an email address and a mobile phone in order to open an account.

‘I commend them for doing some sort of analysis before the money is withdrawn, but to me, that’s too little too late,’ he said. ‘It should be done during the account opening process and throughout. Not just when someone decides to take money out.’

Kelly and Morgan have a laundry list of cards for sale, but fear they’ll be unable to cash out before they plummet in value

Further complicating transactions and account withdrawals have been the frequent technical issues and subsequent maintenance on the site, which remains in its beta form despite being online for nearly two years.

‘Why did you put my money back into my Dapper wallet but still charge me the $25 fee to withdraw?!!!’ one collector complained on Twitter. ‘Send me my money!!!!’

But, according to Dapper Labs’ terms of service, the company can’t be held accountable here.

‘Dapper is not responsible for any communication failures, disruptions, errors, distortions or delays when using the Services, however they may be caused,’ the notice reads.

To Stark, the disclaimer may protect the company, but investors are left without any recourse.

‘They’re clearly disclosing away their responsibilities as best they can,’ he said. ‘But from a consumer-protection front and an investor-protection front, I think they are really vulnerable.’

Dapper Labs does have an email address for complaints, but many collectors have voiced frustrations over infrequent and unhelpful responses. Furthermore, the only regulatory agency with any jurisdictional power appears to be the Consumer Financial Protection Bureau, which declined to comment to DailyMail.com besides saying that it is ‘monitoring the market.’

Until changes are made, Stark explained, the NBA’s NFT platform will never work as a fun source of entertainment for fans, much less a viable investment.

‘It’s like a chaotic morass,’ he said, ‘and whoever gets their money out first wins.’

Complicating transactions and account withdrawals have been the frequent technical issues and subsequent maintenance on the site, which remains in its beta form despite being online for nearly two years

NBA Top Shot remains in its beta form, but many outraged customers do not feel that’s an excuse for the service

If you liked this article and you would like to receive more details regarding lion4d slot} [from Lion 4dlogin Blogspot] kindly go to our own webpage. 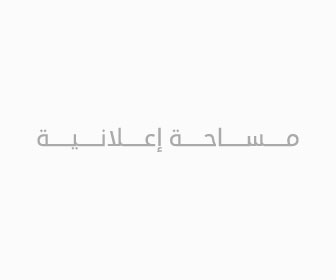